I actually did the math. I have sat along someone and have listened to their story over ten thousand times in my office. This is how my life has been blessed. I am a listener. It’s an intimacy that very few will ever have the opportunity to experience.

When I was young and new in my career, I was told to talk about my knowledge, my credentials, my licenses and my connections to impress potential clients. That’s stupid. It’s not about me. It’s about you.

Here is how I would engage you during a conversation. You talk and I would listen and I ask questions.

I would like your permission to join your journey. Our team is hired to make lives whole, to heal past mistakes and to dream toward the possibilities in your future. You already know what you need to do. Press the “Start Now” button at the top of this page. Let’s get going.

So, you want still more information? Then here’s the boring stuff I used to talk about –

Discover how Mark's character was created through his family values, click here. 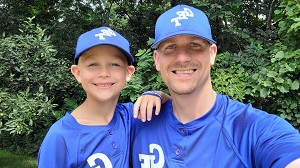 Realizing that it’s a complicated and fast-paced world, Nate likes to step back, hit the pause button and reflect on where he is at the moment, before planning for the future. By staying in the present, he appreciates that today has something valuable to teach and to learn from. Perspective is very important in his life; it’s something that keeps him seeing the positives in virtually all situations.

Nate has learned that life can be overwhelming for people. He has been blessed to walk alongside many people through their life journey of hardships and celebrations.

Born and raised in La Crosse, Nate married his high school sweetheart and through their 20-years they’ve been blessed with four children, three girls and a boy.

When escaping from the office, you’ll find Nate with his family, spending time in the woods or simply relaxing and enjoying a good cup of coffee.

Above, is how Nate lives life. Below are just a few of his credentials. 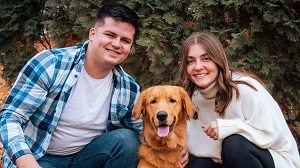 Some people are fortunate to have been born here. Parker on-the-other-hand chose the Coulee Region as his home. A native of Ashland, Wisconsin, Parker earned his degree from UW-L, and he fell in love with our area. Having lived in two beautiful regions in Wisconsin, Parker understands how we sometimes take things for granted, whether it’s the natural beauty around us or the relationships we share with one another. That’s why he’s intentional in his relationships, sharing his caring attitude and always offering a listening ear to those who need to be heard.

Parker carries that belief forward in our practice. He says the best part of interacting with clients each day is what he learns about different perspectives, beliefs and goals; and then with that knowledge, guiding people toward their possibilities.

His longtime girlfriend, Sydney, and their golden retriever, Fitz, complete their family. Syd is a preschool teacher. They both believe education is fundamental and if Parker can teach one significant concept or a central idea, he feels that he can make a significant impact in a person’s life.

In the world of finance, we understand the importance of not only putting out fires, but trying to make certain they never start. Parker learned this lesson early on, during his summer breaks from UW-L, as he worked as a wildland firefighter in Alaska, New Mexico, Wyoming, and Minnesota.

Parker may be the youngest member of our team, but he has already gained impressive credentials: 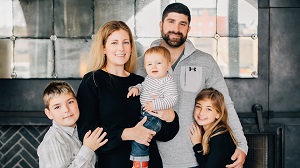 Jenn says "your attitude is 99% responsible for the outlook to your days, the outcome of the work you do and the effects of what you spread with your words". Happily, Jenn found a loving husband who has those same values. Together they try to pass that belief onto their kids.

When people meet with the team, she hears about families, goals and interests. Some people share stories they wouldn't normally share. They say "it’s because we're pretty much family here". Jenn couldn't agree more. Seeing our clients and helping them is one of the best parts of her day.

Jenn is humbly proud of her little family and can’t wait to see how they will grow into the future.